A Service of Music and Readings

with Fauré’s setting of the Requiem Mass

Performed in 2012 by St Olave’s Church Choir and members of the Academy of St Olave’s
with Kitty Acton (soprano) and Clive Goodhead (baritone), directed by Keith Wright

We are here to worship Almighty God, whose purposes are good; whose power sustains the world he has made; who loves us, though we have failed in his service; who gave Jesus Christ for the life of the world; who by his Holy Spirit leads us in his way. As we give thanks for his great works, with the aid of music and words we remember those who have lived and died in his service and in the service of others; we remember our own departed loved ones; we pray for all who suffer through war and are in need; we ask for his help and blessing that we may do his will, and that the whole world may acknowledge him as Lord and King.

Rest eternal grant unto them, O Lord, and let perpetual light shine upon them
You shall be praised, Lord, in Sion and paid tribute in Jerusalem.
O Lord, hear my prayer. All flesh shall come before you.
Lord have mercy. Christ have mercy.

1 The souls of the righteous are in the hand of God, and no torment will ever touch them. 2 In the eyes of the foolish they seemed to have died, and their departure was thought to be a disaster, 3 and their going from us to be their destruction; but they are at peace. 4 For though in the sight of others they were punished, their hope is full of immortality. 5 Having been disciplined a little, they will receive great good, because God tested them and found them worthy of himself; 6 like gold in the furnace he tried them, and like a sacrificial burnt offering he accepted them. 7 In the time of their visitation they will shine forth, and will run like sparks through the stubble. 8 They will govern nations and rule over peoples, and the Lord will reign over them forever. 9 Those who trust in him will understand truth, and the faithful will abide with him in love, because grace and mercy are upon his holy ones, and he watches over his elect.

He was just a boy, as I could see,For he sat in the tent there close by me.I held the lamp with its flickering light,And felt the hot tears blur my sightAs the doctor took the blood-stained handsFrom both his brave, shell-shattered hands–His boy hands, wounded more pitifullyThan Thine O Christ, on Calvary.

I was making tea in the tent where they,The wounded, came in their agony;And the boy turned when his wounds were dressed,Held up his face like a child at the breast,Turned and held his tired face up,For he could not hold the spoon or cup,And I fed him. . . . Mary, Mother of God,All women tread where thy feet have trod.

And still on the battlefield of painChrist is stretched on His Cross again;And the Son of God in agony hangs,Womanhood striving to ease His pangs.For each son of man is a son divine,Not just to the mother who calls him ‘mine’,As he stretches out his stricken hand,Wounded to death for the Mother Land. 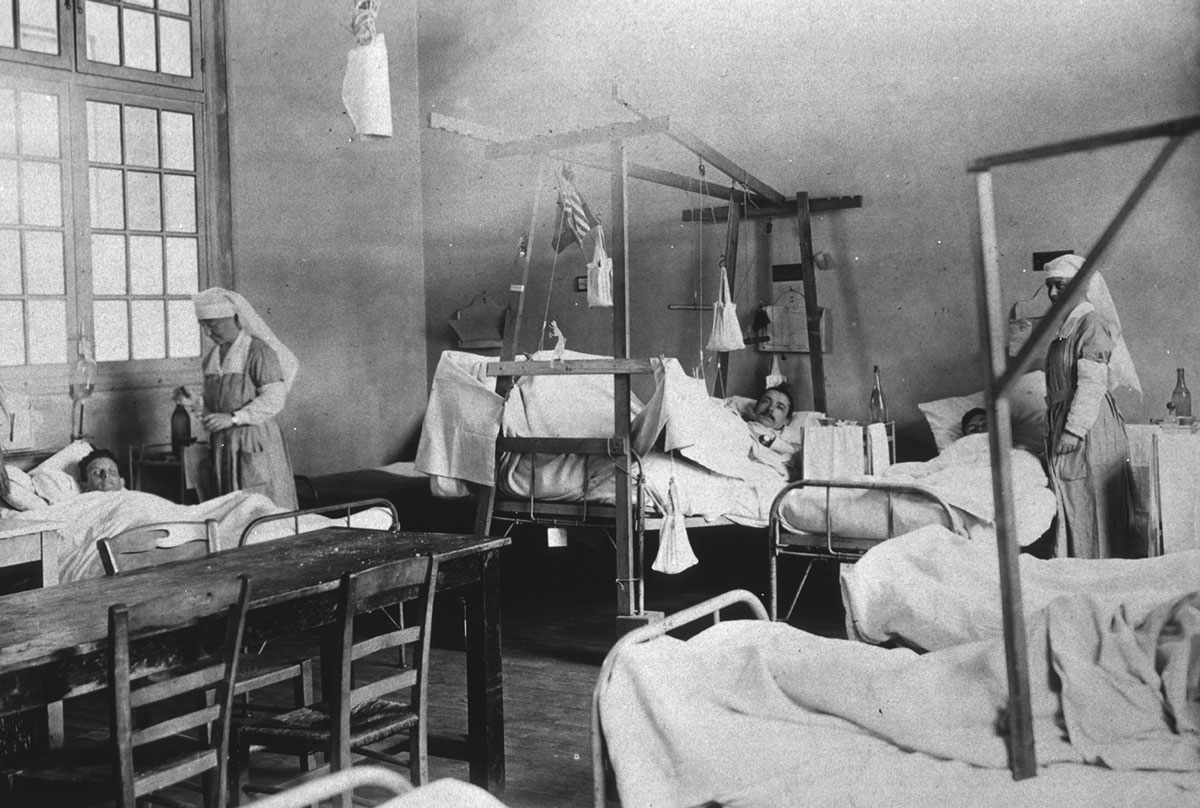 Holy, holy, holy Lord, God of power and might, Heaven and earth are full of your glory. Hosanna in the highest.

Because I could not stop for Death – He kindly stopped for me –The Carriage held but just Ourselves –And Immortality.

We slowly drove – He knew no hasteAnd I had put awayMy labor and my leisure too,For His Civility –

Or rather – He passed us – The Dews drew quivering and chill –For only Gossamer, my Gown – My Tippet – only Tulle – 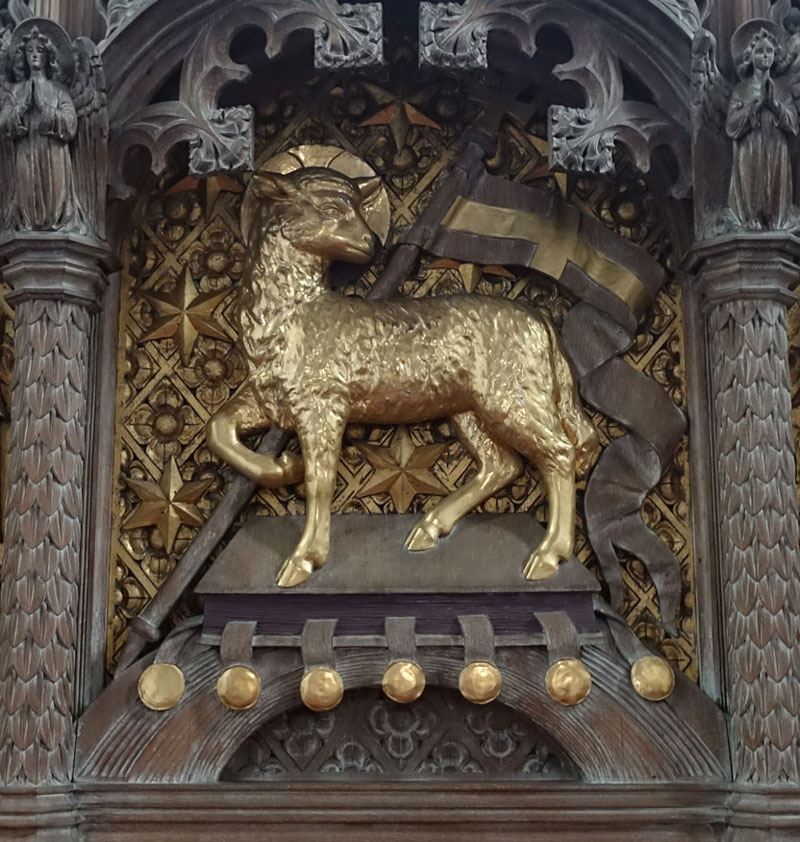 Reading: A Dream of a Blessed Spirit

All the heavy days are over;Leave the body’s coloured prideUnderneath the grass and clover,With the feet laid side by side.

One with her are mirth and duty;Bear the gold-embroidered dress,For she needs not her sad beauty,To the scented oaken press.

Hers the kiss of Mother Mary,The long hair is on her face;Still she goes with footsteps waryFull of earth’s old timid grace.

With white feet of angels sevenHer white feet go glimmering;And above the deep of heaven,Flame on flame, and wing on wing.

Deliver me, Lord, from eternal death on that dreadful day, when heaven and earth are moved, when you will come to judge the world by fire.I tremble and am afraid, I fear the trial and the wrath to come.That day, day of wrath, of calamity and misery, a great and very bitter day. Eternal rest grant unto them, O Lord, and let perpetual light shine upon them.

13 And I heard a voice from heaven saying, “Write this: Blessed are the dead who from now on die in the Lord.” “Yes,” says the Spirit, “they will rest from their labours, for their deeds follow them.” 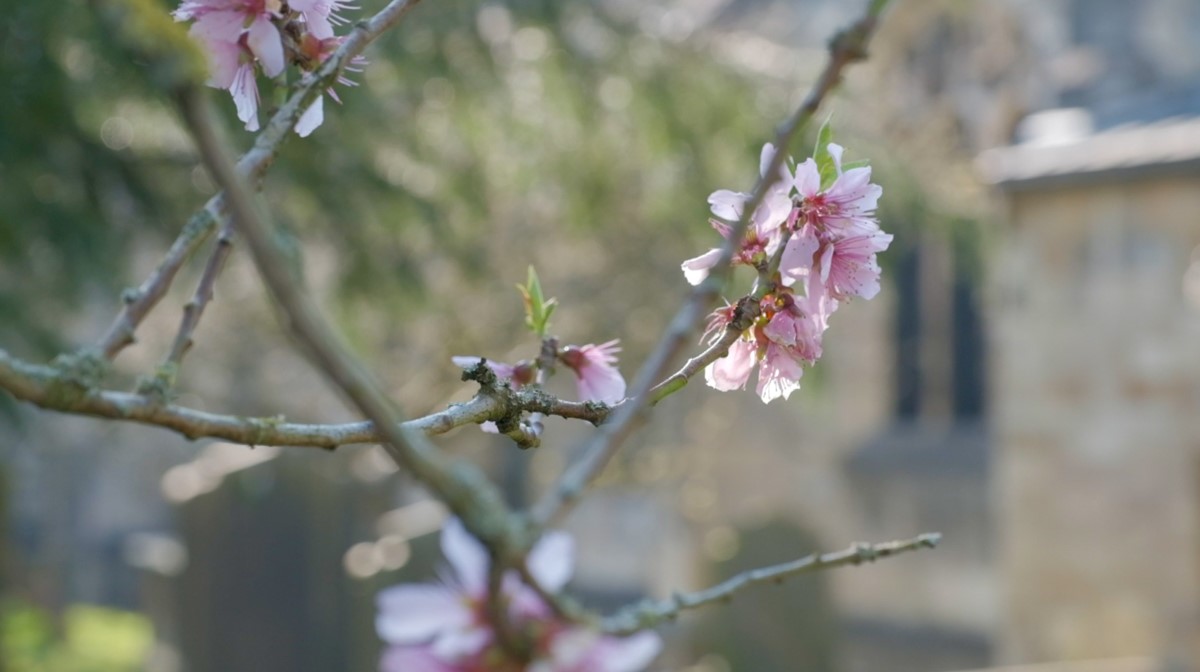 A prayer of remembrance

Almighty and eternal God,from whose love in Christ we cannot be parted, either by death or life:hear our prayers and thanksgivings for all whom we remember this day;fulfil in them the purpose of your love;and bring us all, with them, to your eternal joy;through Jesus Christ our Lord.Amen.

This website uses cookies to improve your experience while you navigate through the website. Out of these cookies, the cookies that are categorized as necessary are stored on your browser as they are essential for the working of basic functionalities of the website. We also use third-party cookies that help us analyze and understand how you use this website. These cookies will be stored in your browser only with your consent. You also have the option to opt-out of these cookies. But opting out of some of these cookies may have an effect on your browsing experience.
Necessary Always Enabled
Necessary cookies are absolutely essential for the website to function properly. This category only includes cookies that ensures basic functionalities and security features of the website. These cookies do not store any personal information.
Non-necessary
Any cookies that may not be particularly necessary for the website to function and is used specifically to collect user personal data via analytics, ads, other embedded contents are termed as non-necessary cookies. It is mandatory to procure user consent prior to running these cookies on your website.
SAVE & ACCEPT